VANCOUVER, BC / ACCESSWIRE / July 27, 2020 / If an article written within the last four months didn’t begin with, “During these unprecedented times…” has it really been written within the past four months? Suffice to say, the COVID19 pandemic has been all-encompassing, impacting countless aspects of everyday life, from investment decisions to travel trends. Canadians bold enough to brave the stock market are in for what Bloomberg predicts to be a “wild ride,” with “a ton of volatility” lying ahead. Even investors with a preference for real estate are looking at a terrain that is next to impossible to navigate. As for travel trends? In an industry forecasted to take a hit of nearly $274 billion by the end of 2020, many of us have opted to stow our carry-ons under our beds – not in overhead compartments, admitting defeat as the new regulations to travel internationally are far too cumbersome. 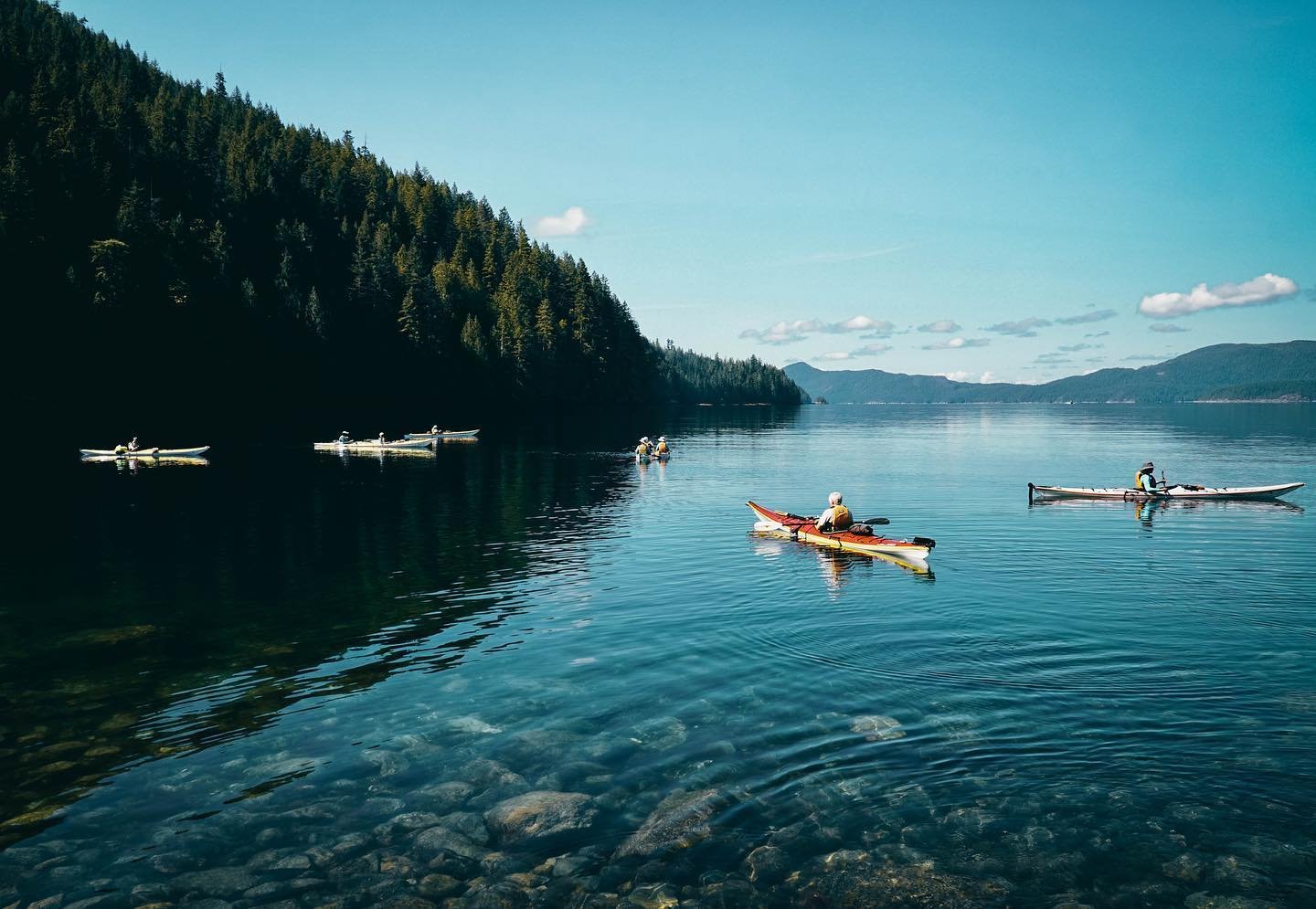 Fear not, my investment fiends and travel fanatics, humankind is a resilient bunch, and many are finding the solution to these two qualms along the scenic shores of Powell River, located in Canada’s beautiful province of British Columbia. Powell River is home to expansive beaches, rich sunsets, and an intoxicating local culture that has managed to turn many visitors into residents, located less than 5hours outside of downtown Vancouver by ferry, and 25 minutes by plane. As more and more urbanites begin to look to coastal communities as both a lucrative investment choice and a local travel destination, the window of opportunity to affordably own in such areas will start to close; a trend we’ve historically seen occur in towns on Vancouver Island and in many communities along the Sunshine Coast. Now is the perfect time to consider Powell River as your next investment opportunity while the window’s still open, and here are 8 reasons why we believe that to be the case:

“On the Sunshine Coast of British Columbia, where endless green mountains meet sheltered Pacific Ocean waters, Powell River provides a stimulating blend of outdoor adventure and cultural amenities. Come for a visit – stay for a lifetime,” temps the Sunshine Coast Tourism site. To further entice your imagination, the “Backcountry Disneyland,” as described by a local resident, boasts over 32 lakes, many of which are shared on the tourism site. If the buoyant saltwater of Desolation Sound doesn’t float your boat, a number of other shorelines are available at your fingertips.

The town with a population of just over 20,000 is tucked amongst 600 km of BC coastline and is a paradise for residents, cottage go-ers, and tourists alike. Despite being located on the mainland, Powell River is described by Kim Miller, manager of the Powell River Chamber of Commerce, as “… a community that is almost like an island – you can’t get to it from the mainland.” This is a result of being accessible only by air or ferry, adding to the town’s remote exclusivity ensuring moderated tourism that charms as opposed to overwhelms. 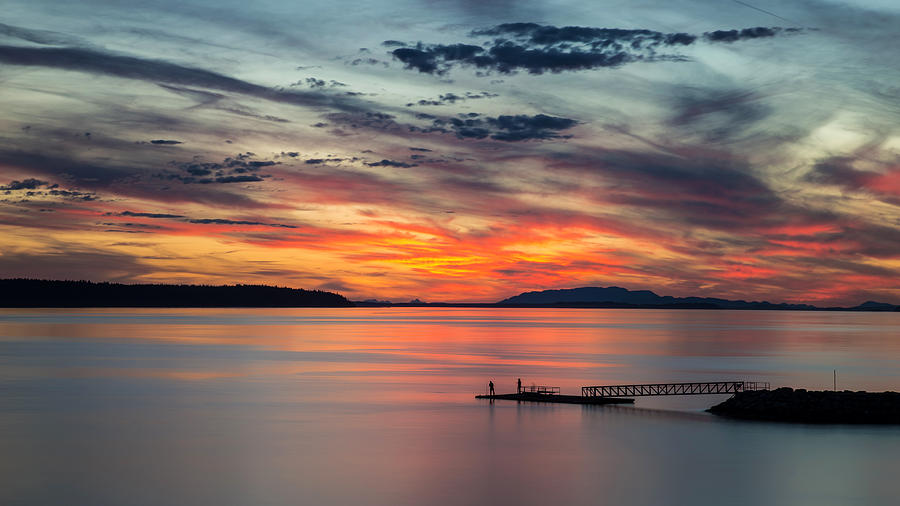 Reason 2: The Destination – and the Journey

All travelers know that though the destination is the end goal, the journey can be just as significant. Those familiar with the journey to Powell River by ferry can attest to this, sharing that unlike long drives to the Kootenays that can all too often leave you crammed amongst aisles of vehicles along the Coquihalla, the Powell River pilgrimage is a ritual of enjoyment. Beginning with a short 40-minute ferry ride from Horseshoe Bay to Langdale, travelers then cruise down the Sunshine Coast on Highway 101, boarding a second ferry at Earls Cove to Saltery Bay.

The idea of having to catch two ferries may sound daunting, but in total, the trip takes less than 5hours, which is the same as going from Vancouver to Kelowna. Stunning views are made abundant when onboard the ferry between Earls Cove and Saltery Bay, something locals recognize as a welcome back tribute, and first-timers clamber to record on smartphones to gain traveling bragging rights. A journey that takes the legwork out of traveling, leaving passengers free to read from the open decks of ferry boats as they cruise along the coastline, is an addictive start to any great adventure. 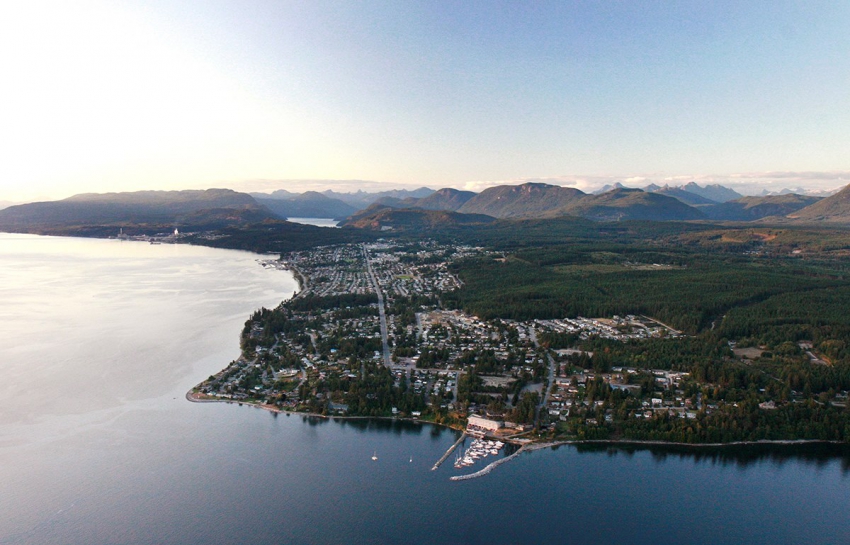 “It’s all about lifestyle,” shared Scott Randolph, Director of Properties, Development, and Communications at the City of Powell River, “we’ve found a lot of people have migrated here in the past few years for the lifestyle, a constant theme is that they can grow their own food, own their home, and spend time with their kids.” The lifestyle Randolph describes is a nostalgic one that has seldom been available to many families living in Canadian metropolises that are often accompanied by high costs of living. Young, university-educated double-income families in Vancouver have constantly been tasked with affording the basic requirements of homeownership, especially if searching for an inner-city home in a safe community with a short commute to work.

However, recent events are changing the requirements of where families need to live in order to access their jobs as remote work opportunities continue to surge. This lifts location barriers traditionally preventing many from moving in search of amenities difficult to find in large cities. Powell River, famous for its rich horticulture scene, is attractive to individuals and families alike that are searching for affordable homeownership in a community with ocean access. 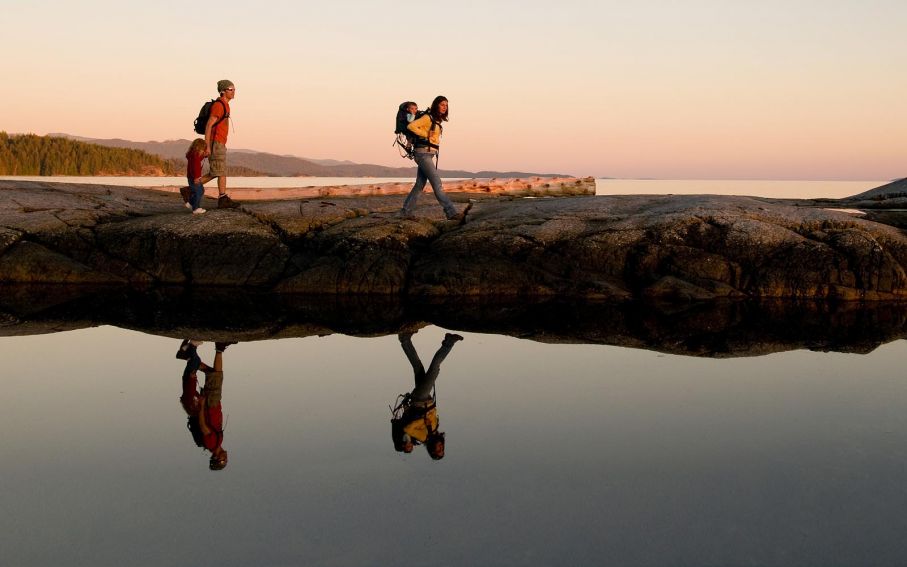 As one of the first BC locations to receive Telus fiber optic as announced in 2014, Powell River is reaping the rewards that accompany the expanse of wireless internet. The Powell River Peak shared the story of a resident who “… went from a 900-square-foot condo to a 12-acre property”, claiming “That’s my office now.” With a six-year headstart, the Powell River area is a crusader in rural wireless internet connectivity, making remote employment accessible throughout. As remote employment becomes the “new normal” (did you really think I’d get through this article without dropping “new normal” at least once?), so will the re-location of individuals and families to areas that cater to their lifestyle choices, such as Powell River.

Even pre-COVID, Canada and the US saw a 159% increase in remote employment between 2005 to 2017. Powell River’s Mayor, Dave Formosa, commented that the influx of remote workers moving to the area in 2014 “…happened almost instantaneously with the addition of fiber optics into the city, which sparked a group of folks that moved in and can work from home, but can also get back to Vancouver in 25 minutes by flight if necessary.” Since March, roughly 40% of the Canadian workforce worked from home during the peak of the pandemic, and though offices are beginning to re-open, many predict traditional 9-5 in-office hours will become a thing of the past, and employers who hope to keep valued employees will have to get on board with changing trends. This forecast makes Powell River a lucrative hot-spot for the surge in remote employment that will see urbanites from surrounding cities heading for the ferry terminals, either to post up in a vacation rental with a laptop and a view, or to permanently relocate altogether.

“You can buy a home for under $400,000” shared Scott Randolph, “and it’s not hard to have a view in Powell River.” Imagine buying a home in Vancouver for under $400,000 that has a view? If you’re still imagining, that makes you and I both. Large cities are wonderful in their ability to provide 24/7 Chinese takeout and iridescent skylines lit by hundreds of high rises, but there are some things that they will never be able to provide, and that includes a family home under $400,000 with a view. Bump that budget up a touch and investors can obtain not only a view, but oceanfront access, two assets rarely available even to high-earners in large cities.

The town of Powell River is combining new development with a stable yet growing real estate market in attracting investors. Mayor Dave Formosa commented that there are “Lots of subdivisions and new homes being built of all varieties.” Scott Randolph recently approved $42 million in building permits, vastly increasing the area’s appeal to potential residents. The real estate market in Powell River has been historically stable, yet is seeing growth even from last year to now. The Powell River Peak recently shared that, “Total real estate sales during the month of June 2020 for the Powell River area amounted to $14,259,400, considerably more than June 2019’s total of $10,133,400.” Despite real-estate market volatility, some areas are experiencing growth in the corona-economy, and these numbers indicate Powell River is one of them. 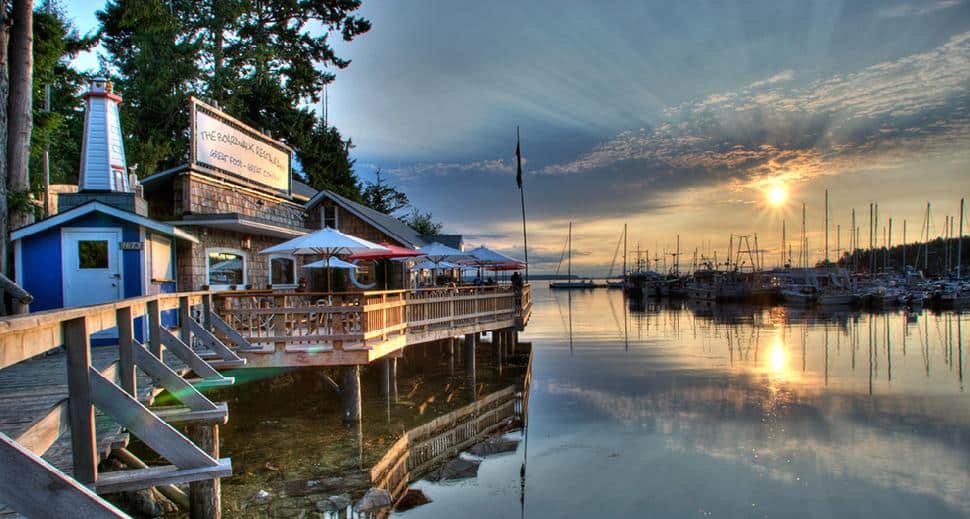 “No matter what entrepreneur comes in, I will help them. Sometimes it is all about that entrepreneur, and their ability to succeed in a venture that a different person could not” shared Kim Miller, manager of the Powell River Chamber of Commerce, regarding the town’s willingness to promote entrepreneurship. The support of community members like Miller has turned the area into a burgeoning entrepreneurial hub, full of innovation and positive outcomes. Many entrepreneurs from surrounding areas are flocking to Powell River to further pursue their venture.

With ample access to commercial space, land, and Powell Rivers’ exceptional fiber optic connectivity, entrepreneurs in a variety of industries can find what’s needed to allow them to successfully realize their venture. Be it woodworking or web-development, Powell River is establishing itself as a community that supports developing entrepreneurs, and has seen great innovation come from this, which will only grow as times continue to change.

Powell River offers a local culture that can quite easily rival the urban temptations of city life. The area features world-class art galleries as well as amazing dining opportunities, serving to both attract visitors and fulfill the souls of residences.

Did you know that the Sunshine Coast is home to more artists per capita than any other Canadian region? A fact easily proven by the breathtaking work showcased in the 100+ art galleries sprawled along the Sunshine Coast. As for dining, the horticulture hub caters to dozens of local restaurants that use fresh, local ingredients in their dishes, including locally caught seafood. Powell River will wine and dine its way into the hearts of visitors, many of whom agree that one visit is never enough, opting to return many times over, and in some cases stay for a lifetime. 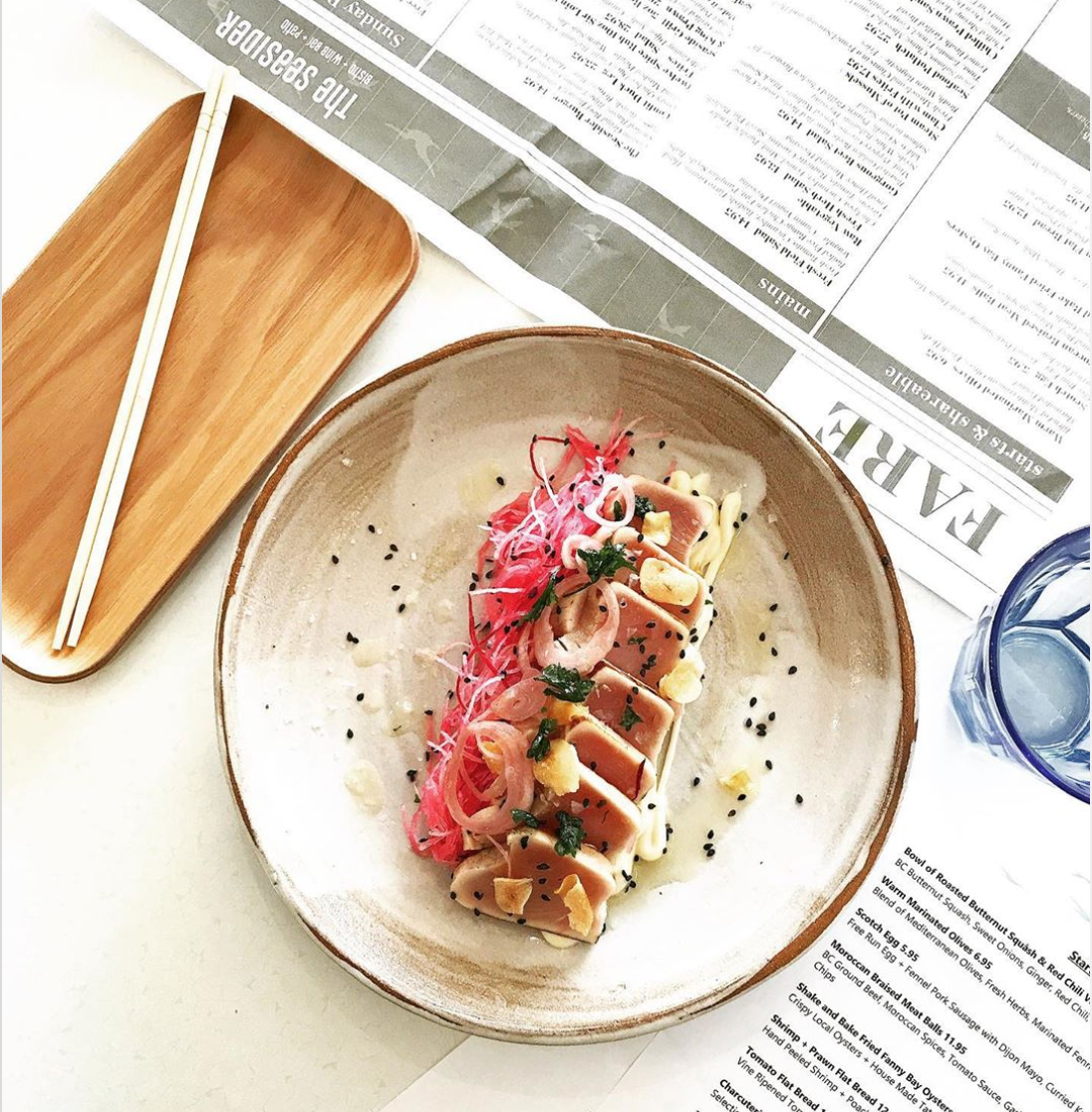 Those who spend their winters in Canada know its a country hard-pressed to find a climate above 0 degrees Celsius during the months of November through February, regardless of which coast you find yourself on. Many opt to participate in mid-winter getaways to help break up the chill, but this upcoming winter may provide some challenges to travelers hoping to do so. If we can’t terminate the chill, the second-best choice is to remediate it, through local “hot spots.”

Powell River traditionally sits between 2-6 degrees during the coldest month of January, and can hit highs above 30 degrees in summer months, a temperature range favorable in comparison to many parts of Canada where winters can be far more grueling. Its high mountain ranges create a sheltered microclimate, perfect for preserving warmth throughout the summer months and into the winter. The surrounding waters are notoriously swimmable as a result of the area’s slow currents, making it a great place to enjoy the ocean for many months of the year.

As we step into a time that will continue to be shaped by great change, humankind is taking a moment to reflect on what they value in life and what they want to prioritize amongst a societal re-build. For many, this is taking into account lifestyle choices, and people are looking to relocate to areas that can meet their desired lifestyle. Investors will benefit from considering Powell River as a future home for this relocation given the 8 reasons highlighted above, showcasing its ability to be a stable investment choice, while bringing the luxuries of travel to a local destination.

When the World Stood Still, They Bought Time: Meet the Entrepreneurs Behind R&S Timepieces